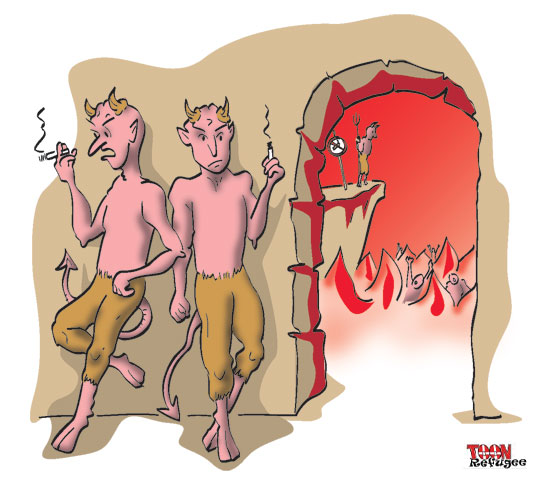 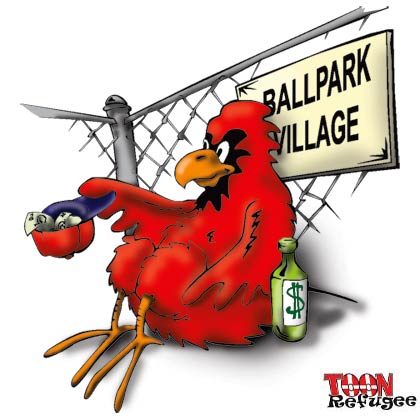 The more things change? Ballpark Village? Nothing but a parking lot and softball field for now

The St. Louis Post-Dispatch reported Sunday that the “Cards want public money for Ballpark Village.” This in spite of the fact that they haven’t begun to build the part of the village they promised in exchange for massive tax breaks when they built the new Busch Stadium. For the time being Ballpark Village remains a combination eyesore and parking lot.

Thus the Cards joined the Kiel Partners who reneged on renovating the Kiel Opera in exchange for help building the Kiel/Savvis/Scottrade for the hockey Blues and the Rams who at least had the integrity not to promise anything in exchange for a sweetheart deal at the Dome at America’s Center/Transworld/Edward Jones Dome.

?Actual transcript of an instant message exchange between two Standard & Poor’s officials from April of 2007:

Official #1: Btw that deal is ridiculous.

Official #2: I know right…model def does not capture half the risk.

Official #1: We should not be rating it.

Official #2: We rate every deal. It could be structured by cows and we would rate it.

At least now we know where the opening and closing bells come from.

The American auto industry was already off-roading it before the economic downturn and the latest bad news is a just another sign that the wheels might be coming off:

Unfortunately, it looks like they’re taking us along for the ride! 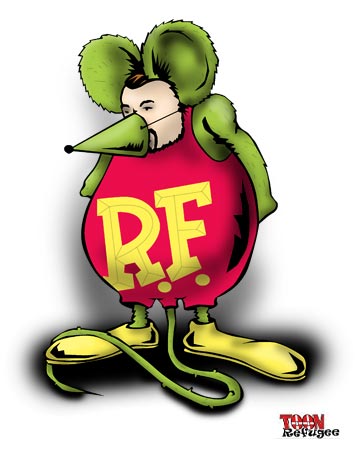 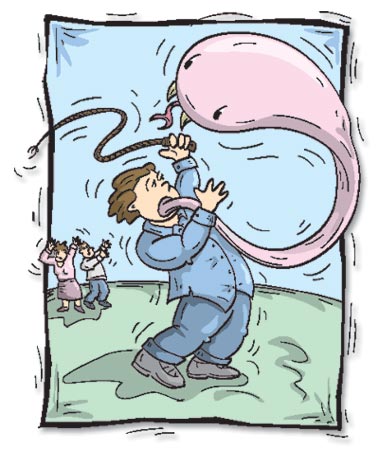 My tongue tends to get a bit out of control some days! 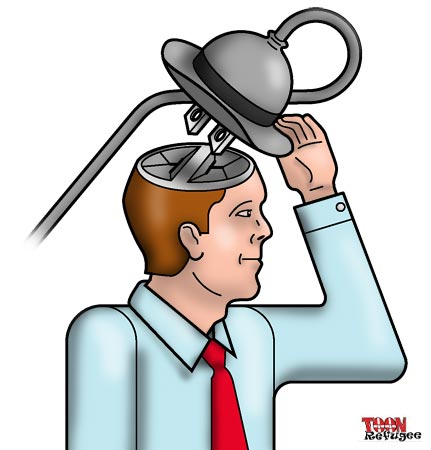